New month, a new update on Chaos on Wheels!
This month was really focused on maps and optimization. The good thing is we can show you the maps because we have no clue how to present optimization for you 😂
Check out some of the updates we did last month 👇

We’re still on strike with improving our maps, and this time we bring you Snow Forest camp! ❄
Yet another campaign map is reworked, finished, and waiting for the official release of Early Access.

A remote lumber camp placed deeply in the snowy woods now is Helios’ spot for crafting his army. Heavily guarded camp, in the middle of nowhere, with zero chance of help.

We’re proud to present you Military Map for the first time! Created with the latest feedback from you guys, the Military base is the right place to have combat with helios’ army.

In the middle of Chaos Country lies a strategic military base full of weapons, vehicles, and war supplies, which Helios’ army won’t give up easily.

And of course THE optimization. Get ready for some developer rumbling hehe.

It’s not that the previous state was bad, but we wanted it more optimized so we decided to focus on optimization this month.  Of course, the most important are cars and AI which are huge components of the game, so we started there. If you’re at all familiar with game development and the Unreal engine, you probably heard about the famous Blueprints. Like any other indie developer (and not indie *wink* *wink*) we used blueprints for quick prototyping. And who would think sometimes it was good enough so we leave it? Well, little by little it was enough for us to say enough. We rewrite it all (all? okay, most of it…) to C++.
Long story short, it runs faster

… yeah, who would guess? xD

The AI was a tough one. It learned itself how to rule over the world and hack Facebook, so we needed it to shut it down and write a new AI. Okay, okay, that was some good bullshit, but how cool that would be? Honestly, our AI was dumb and slow and now is dumb, slow, and inefficient. Jk, jk. Now it’s just dumb and a little bit less slow. We’re still working on AI and hoping to finish optimizing it before the New year. Wish us good luck.

TLDR: we optimized cars, and still working on AI.

Because there isn’t a visual way to show optimization we decided to put this cool Halloween-style image here. 🎃🚗🎃 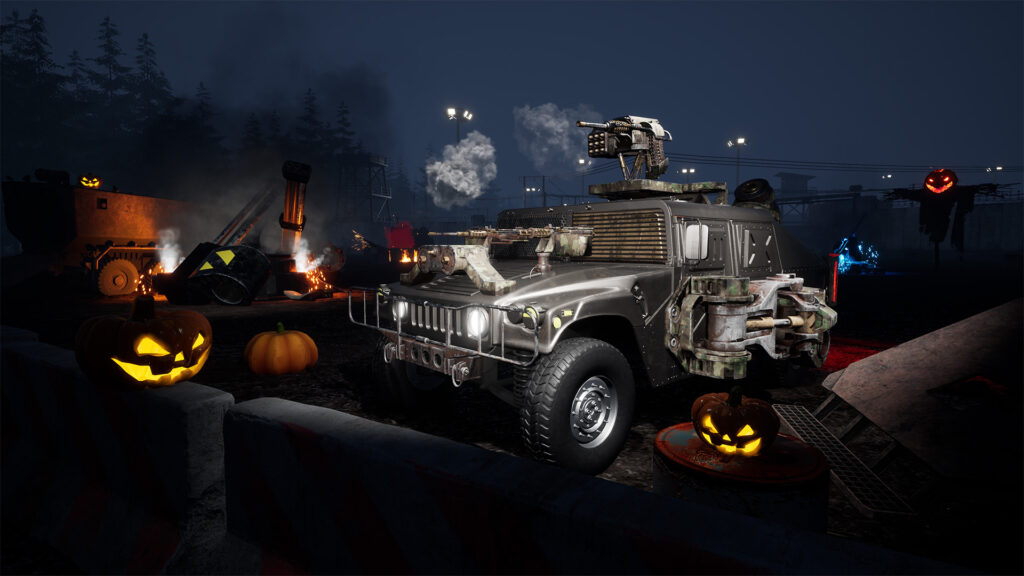 Also, we did some other stuff, but they are so minor we forgot them. Yeah, yeah, we should write them down, I know… 😝

That’s it for this month! Stay awesome, like our stuff, and don’t forget; leave nothing but chaos!

Wishlist Chaos on Wheels on Steam